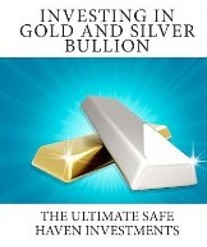 Where you like to invest in this present economic situation? – Stocks or in the Forex Trading?  Then we can guess that you are financially aware and an expert investor. You know the uncertainty of the currency market. With the rising instability in the currency market people are shifting their focus to precious metals like gold and silver as a safe investing option.

Taking into account the current economic state, the value of the currency is depreciating. Notably the value of the dollar has come crashing down and in such an instance, it is better to invest your money in something more stable. Gold and silver are the solid investment options whose value will not depreciate, rather it will have a steady increase down the upcoming years.

Many nations like South Africa, India have tapped out their borrowing capacity, and thus the central banks of the world have become the last hope for all of them. This indicates that the precious metals are going to have a favorable market in the upcoming years. Economical and financial condition of the market since 2008 has remained same even in the year 2013.

Nations are being crushed under the debts and they failed to eradicate those debts. In such a tight economic situation, individuals must switch on their safe investing options. And in this state precious metals are the preferable choice. If you are interested to invest in the precious metals, then you should know the current market trend regarding Gold & Silver.

Top 4 Reasons to Invest In Gold

In the present market scenarios, it is expected that silver bullion will have a better market share in comparison to gold. The demand of physical silver has hit the highest track record ever. Since, December 2012, US Mint sold out twice, which made them suspend the sale of silver. Even the stock was high, according to the US Mint Department. On the opening day of this year, 3,937,000 American Silver Eagle Bullion coins were sold and it’s a record in itself. The annual sales of silver before 2009 was 9 million, it reaffirms the importance of the current silver sales.

According to the US Gold Bureau, on July 2010, about 152,000 ounces of gold were sold and in January 2013, it has become the largest sales figure since then of 150,000 ounces. Yes, within these three months the gold and the silver coins have shown a steady rise in the market shares. Check this data sheet to see the fluctuations in the past few years:

According to the statistics of Canadian Bullion Service, in January 2013, the number of coins that were sold is around 275,500. Now people can invest in the gold bullion coins in one tenth of an ounce, and one-half of an ounce and one ounce, it depends on the investors.

You can purchase the American Gold and Silver Bullion coins through the US Mint authorized purchasers and not directly. These authorized purchasers are able to make large purchases and the rates are determined by gold’s market. It ensures that the coins are widely available to public and has relevant transaction costs and the premium is taken care of.

Edward Snow is an investment planner and a stock market expert who helps his clients with the right investment decisions. He recently worked with companies who had good returns from their telemarketing sales conversion and thus wanted to invest their profits in profitable investment plans.
View all posts by edwardssnow →
This entry was posted in Financial Freedom, Investing and tagged telemarketing sales conversion. Bookmark the permalink.