Posted on January 19, 2013 by GuestMoney_Author

If you don’t have any debt, you can skip this section.

OK, so now that you are still here, let’s keep moving. 🙂 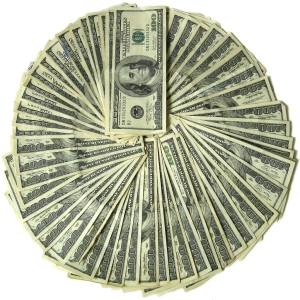 Start with the one that has the smallest balance, even if it has a higher interest rate than the others. Why? Because getting one paid will give you some momentum for moving forward, and it will also get you some extra money to put toward paying the others. For all the other debts, only pay the minimum payment (and this is very important: stop using those credit cards!)  Then, for the card that has the smallest balance take any extra income you can and put it toward that card until it’s paid off.

Once that first one’s paid off, spend about ten minutes (but no money) congratulating yourself, and then move on to the next lowest balance. Apply the money you previously used to pay on the first card to the minimum amount you already are paying on the second card. This will make your payoff go faster, too. When the second one is paid off, go on to the next one, applying the money you were paying for the first and second one to the third one, along with the minimum you were already paying on number three.  Continue doing this until they’re all paid off.  It may seem like a process that’s difficult and never ending, but once you pay off that first card you’ll feel a little extra motivation.

As we move through the process, there are other steps you can take to help yourself as well. We’ll talk about them in part VII, coming up soon!

This entry was posted in Financial Freedom, Planning. Bookmark the permalink.