Top Countries with the Best Career Opportunities for Expats 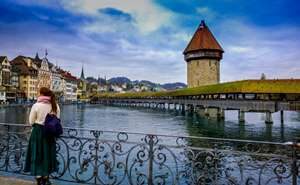 Out in the big world, there are endless opportunities and possibilities.  But you have to work hard and sometimes, get out of your comfort zone in order to find them.  Yes, like moving out of the country for example.

Some of the top reasons why people choose to move abroad is because of some foreign countries offer better job opportunities, higher income pay or a more promising future for a certain business.

If you are thinking of becoming an expat to advance your career, you might want to take a look at HSBC’s ranking of the best countries for career-driven expats, which is based on a survey that includes work-life balance, employment benefits, career progression, pay and other similar factors.

First on the list is Switzerland, a European country where banking and finance are the key industries.  According to the article, the average annual expat income in Switzerland is $188,275.  However, high salary also comes with high living standards.  Knowing how to speak German, French or Italian is a plus when working in this country.

With an average expat salary of $97,693, Germany ranks second on the list, which is one of the world’s largest economies and has some of the highest salaries in the world.  Expats with degrees in IT, Biology, Chemistry, Physics, Engineering and high-tech science fields are expected to earn really well.

This Scandinavian nation has exceptionally high taxes but ensures a high standard of healthcare benefits, reputable schools for your children and retirement security for the future.  If you wish to work in Sweden, it is important to have a basic knowledge of the language or is willing to learn.  Average expat salary here is $84,802.

Fourth on the list is an Arab and Muslim country.  UAE is comprised of 7 emirates – Dubai, Abu Dhabi, Fujairah, Sharjah, Ras al-Khaimah, Ajman and Umm al-Quwain.  The average expat salary runs up to $112,820, and most of the time expats receive free accommodation and transportation allowances already.

Another Scandinavian country is on the list, and a new comer by the way.  This time, it’s Norway, which comes with an average expat salary is $97,486.  Expats won’t have problems with not knowing the language because multinational firms in Norway are known to hire expats even if they don’t speak Norwegian.

Toni is a regular contributing author on Guest Money Blog. In addition to writing about money topics, she also likes to write about relationships and health.
View all posts by Toni Marie →
This entry was posted in Income, Planning. Bookmark the permalink.