You Can Now Buy Gas from ExxonMobil Using Apple Pay 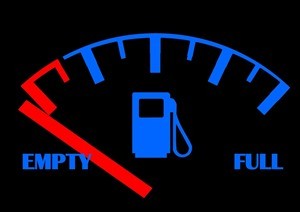 ExxonMobil, an American multinational oil and gas giant has announced that they will now start accepting payments through Apple Pay at around 6,000 gas stations around the country.  However, these Apple Pay payments won’t be tap-to-pay.

For those who are still unfamiliar with this new payment method, Apple Pay is a mobile payment service that uses Near Field Communication (NFC) to make secure payment transactions between your Apple device and different terminals.  It works well with most major credit cards such as Visa, Mastercard and American Express.

So how do you pay for gas through Apple Pay?

Unlike the usual easy breezy method of using Apple pay where you just hold your iOs device near a contactless point of sale transaction processor while you place your finger on the Touch ID, paying for your ExxonMobil gas uses an app called Speedpass+.

The app can be downloaded for free and uses GPS to find your location.  While you’re on the app, you select the pump number and authorize the purchase using your device’s Touch ID fingerprint reader.  Once you’ve successfully made the transaction, you have about 45 seconds to start fueling your car.  A receipt will then be issued at the pump station and you can also view your transaction on your Speedpass+ app.

Reports say that the Texas-headquartered company plans to add another 2,000 gas stations that will be allowing Apple Pay transactions by mid-2016.

As of today, ExxonMobil has not spoken about its plans to support Android Pay, Samsung Pay and others.

Toni is a regular contributing author on Guest Money Blog. In addition to writing about money topics, she also likes to write about relationships and health.
View all posts by Toni Marie →
This entry was posted in Expenses. Bookmark the permalink.